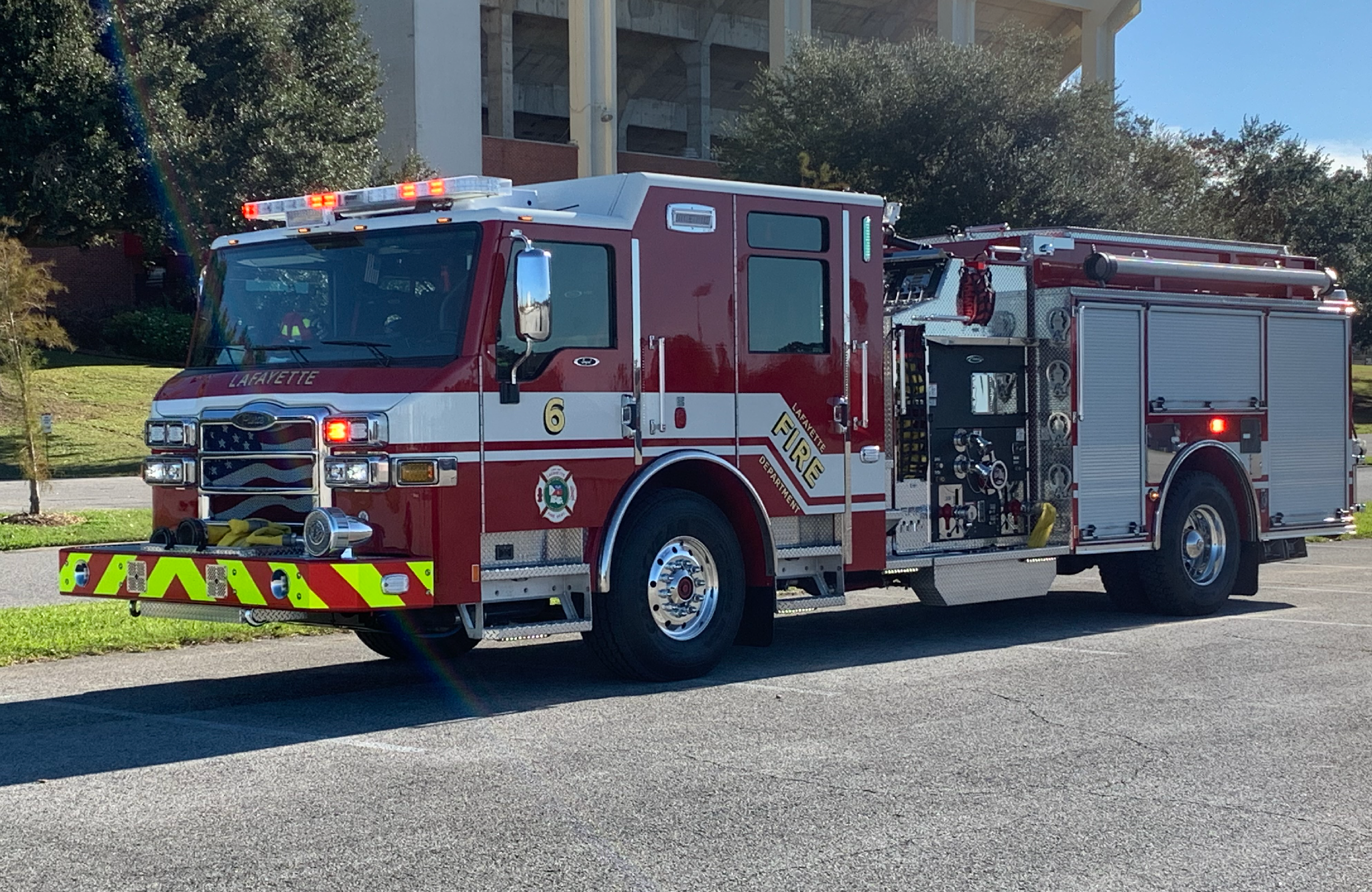 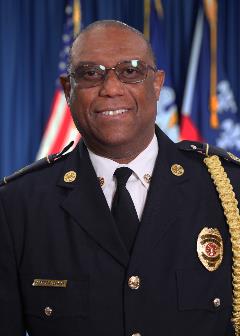 In August 1993, Robert P. Benoit was appointed Fire Chief of the City of Lafayette Fire Department becoming the first black Fire Chief in its history. As Fire Chief, he administers a $30 million budget with 285 employees operating out of 14 fire stations, fire prevention bureau, and a training facility.

Born and raised in Lafayette, Chief Benoit joined the department in 1979. During his career, he worked in almost every division within the department. Beginning in the Operations Division, he ascended from firefighter to fire captain within seven years. Within those seven years, he had a short stint in the Communications Division as a dispatcher. He weighed his options with this new endeavor and decided to explore other opportunities within the fire department, all the while working towards his promotion to Fire Captain.
In 1986, Chief Benoit accepted a position with the Fire Department’s Fire Prevention Bureau as an investigator. He became interested in the other side of the fire service; in that he developed a knack for researching and understanding the importance of fire safety and law enforcement. His career in the Fire Prevention Bureau expanded over seven years. During his tenure, he obtained numerous fire service related certifications, an Associate Degree in Fire Science from Louisiana State University at Eunice and a Bachelor of Science degree from University of Southwest Louisiana, currently ULL.  His hard work and progressive attitude eventually propelled him to the top position- Fire Chief. Chief Benoit recently graduated from the Ever Increasing Word Training Center in Barrow, Louisiana where he received his Diploma of Ministerial Training.  In May of 2020, he received a Graduate Certificate in Theology with Honors from Grand Canyon University in Phoenix, AZ.
As a new fire chief, young and enthusiastic, Chief Benoit quickly embraced his role as a leader in the public safety arena. He began to network and develop lifelong relationships with other public safety administrators in both fire and police departments throughout the state and country. In addition, he knew part of his success was to garner the respect and support of the men and women in the department. His guiding principle----treat others as you would want to be treated. Providing professional and quality service to the community while aiding the best interest of the employees has always been the focus of Chief Benoit.
In his tenure, Chief Benoit has built a state-of-the-art training facility designed to both train and certify firefighters in high tech emergency operations. In addition, Chief Benoit has implemented the First Responder program within the department which utilizes Automated External Defibrillators (devices used to assist patients who may be experiencing a heart attack). With firefighters responding to EMS calls, this program has greatly enhanced the quality of life for the citizens of Lafayette.

He was instrumental in re-acquiring Rescue Operations, previously operated by the Sheriff Department. The department’s HazMat Division was expanded to service neighboring parishes within the region should the need arise. Preventing fires remained the center-piece of his fire reduction and lifesaving campaign. Under his leadership, the fire department implemented community-wide smoke detector installation programs and acquired a high tech fire safety house to enhance the impact of their annual Fire Prevention Campaign reaching thousands of Lafayette citizens focused on reducing fires and the loss of life. As technology improved in the emergency dispatch field, Chief Benoit oversaw the transformation of its Communications Division to the most modern communication equipment and software aiding quick and efficient response to emergency incidents. In addition, the homeowners and businesses of Lafayette continue to appreciate a Class 2 Fire Protection Rating saving them money on their home/business insurance premiums. As a result of his leadership, the citizens of Lafayette and visitors remain confident the fire department will provide highly trained first responders with modern equipment to any emergency or non-emergency requested.
Chief Benoit is an active member in numerous professional and civic organizations. He currently serve as the chairman for the Lafayette Parish Communications District, member of the International Association of Fire Chiefs, Louisiana Fire Chief’s Association, Louisiana State Fireman Association, Louisiana Fire Prevention Review Board and serves as Louisiana’s President of the South Western Division of International Association of Fire Chiefs. Chief Benoit is a board member for United Way of Acadiana, a member of Kiwanis Club of Southwest Louisiana, and past president of Boys and Girls Club of Acadiana. His is also active in the ministry providing bible studies at Lafayette Parish Correctional Center.
Disclaimer, Privacy Policy
© Lafayette Consolidated Government