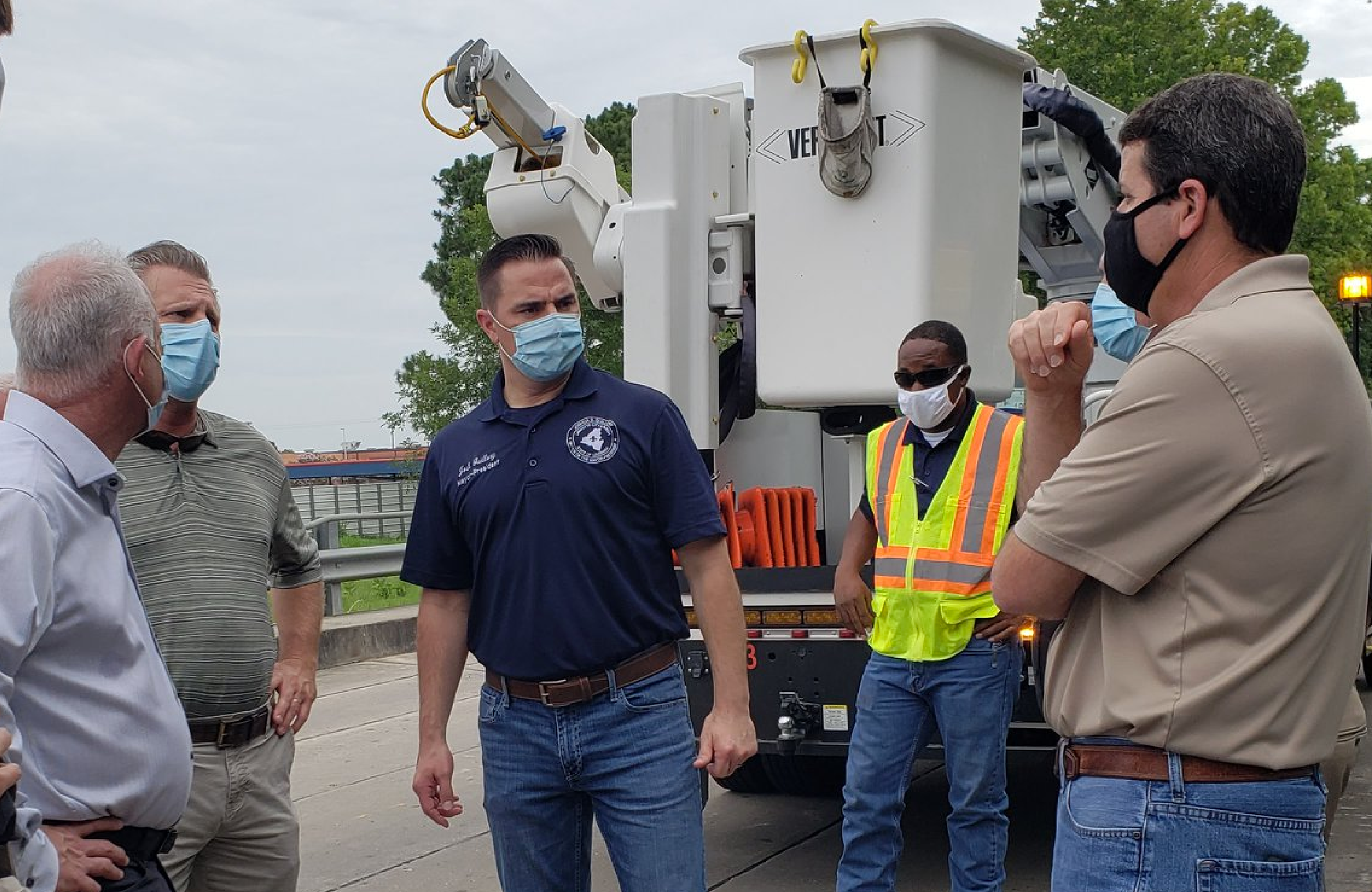 The Mayor-President is the CEO of the City-Parish Government and has general and administrative authority over all departments, offices and agencies of Lafayette Consolidated Government. Mayor-President Josh Guillory was elected-at-large and will serve one four-year term before the next election in 2023. Guillory's vision for government is one that is transparent and focuses on core issues such as public safety, infrastructure and doing more with less by spending tax dollars responsibly. 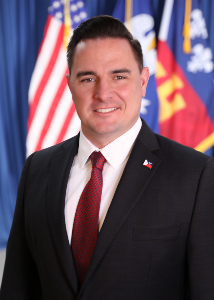 Josh Guillory took the Oath of Office as Lafayette Mayor-President on January 6, 2020.
Guillory was elected on his commitment to bring Lafayette City and Parish closer together. He pledged to do more with less; to focus on core priorities; to grow and diversify the economy; to make the city and parish more business friendly; and to work for greater efficiency and transparency in the use of taxpayer funds. He also pledged to work tirelessly to ensure that all citizens are treated fairly, no matter where they live in Lafayette Parish.
Since taking office, Josh and his Administration have navigated an unprecedented series of challenges -- the COVID-19 pandemic; a shutdown of the economy; a collapse in energy prices; multiple weather events; recurring protests; and the first budgeting cycle under the new, Amended Charter. Josh and his staff worked diligently through the shutdown to protect the health and safety of the people of Lafayette Parish, while pioneering safe business practices for the reopening of the economy.
When Guillory took office, Lafayette Consolidated Government was on an unsustainable spending trajectory. It was estimated that the entire General Fund Balance of the City of Lafayette would be exhausted in less than two years. The forecast became even worse with the closing of the economy due to COVID-19.
Guillory responded by immediately making substantial reductions in spending during the 2019-20 budget year. He also proposed and passed a budget for FY 20-21 that is $29 million lower than the prior year.
The FY 20-21 budget enhances spending on core priorities in drainage, roads, and public safety, while protecting the general fund of the city. It initiates development of public-private partnerships to sustain cultural venues and update parks, while empowering the people who use them. Guillory understands that the global, national, and local economic forecast for the next two years is highly uncertain. He is dedicated to implementing sustainable models and doing more with less. It is the only responsible course.
Guillory is working together with municipalities in Lafayette Parish and leaders across Acadiana on the critical issues we are facing. Every major challenge and opportunity calls for a united approach across the parish and region – COVID-19, storm water management, crime and public safety, jobs and economic diversification.
To make the city and parish more business friendly, Guillory intends to make use of every technological, analytical, compliance and motivational tool available. He is actively engaging every department and employee of LCG in this effort.
Prior to his election, Guillory was owner/attorney of the Law Office of Joshua S. Guillory, with a focus on Family and Constitutional Law, from October 2011, to January 2020. He earned his Juris Doctor Degree, Cum Laude, from Southern University Law Center in 2011, where he was fifth in his class.
He is a member of the Louisiana State Bar (2011), the US District Court for the Western District of Louisiana (2012), the Middle District of Louisiana (2015), and the Supreme Court of the United States (2015).
Guillory worked in both the medical sales and financial fields for the next decade having held several progressively responsible positions at Iberia Bank in Lafayette and later as Pharmaceutical Sales Representative in the Neuroscience Division and President’s Council Member for Eli Lilly and Company. He served on the President’s Council in 2009.
Guillory held several in progressively responsible positions for Iberia Bank in the Lafayette market, from November 2001 to March 2006.
Guillory earned a Bachelor of Science Degree in Business Administration and Marketing from the University of Louisiana at Lafayette, in 2004. He made the Dean’s List every semester, while working full-time and serving in the Louisiana Army National Guard.
Guillory enlisted in the Louisiana Army National guard on June 19, 2001. He underwent Basic Training in 2002. He was 2nd in his class at Officer Candidate School where he was awarded the Erickson Cup for Leadership, in 2004. He completed US Airborne School in 2004 and the US Army Officer Basic Course in 2005.
Guillory is a combat veteran, and while on active duty, he served as a Platoon Leader in the US Cavalry during Operation Iraqi Freedom in Baghdad, Iraq, in 2005.
He held numerous leadership positions such as Troop/Company Executive Officer and Troop/Company Commander.
Josh and his wife Jamie are both Alumni of UL Lafayette. They have three children.
Disclaimer, Privacy Policy
© Lafayette Consolidated Government